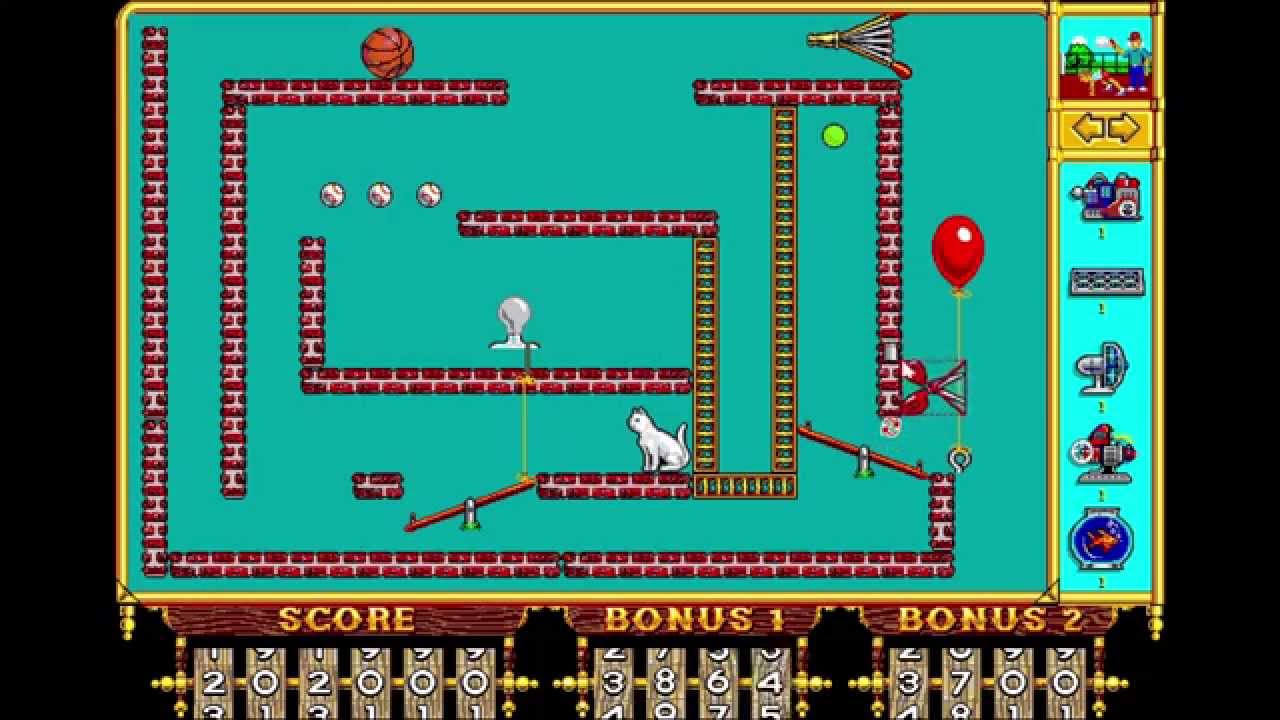 The Incredible Machine (aka TIM) is a series of computer games that were originally designed and coded by Kevin Ryan and produced by Jeff Tunnell, the now-defunct Jeff Tunnell Productions, and published by Dynamix; the 1993 through 1995 versions had the same development team, but the later 2000–2001 titles had different designers. All versions were published by Sierra Entertainment.

The general goal of the games is to create a series of Rube Goldberg devices: arrange a given collection of objects in a needlessly complex fashion so as to perform some simple task (e.g., “put the ball into a box” or “start a mixer & turn on a fan”). Available objects ranged from simple ropes and pulleys to electrical generators, bowling balls, and even cats and mice to humans, most of which had specific interactions with or reactions to other objects (for example, mice will run towards nearby cheese). The levels usually have some fixed objects that cannot be moved by the player, and so the only way to solve the puzzle is carefully arrange the given objects around the fixed items. There is also a “freeform” option that allows the user to “play” with all the objects with no set goal or to also build their own puzzles with goals for other players to attempt to solve.